The Ailunce HD1 isn’t just a good walkie talkie, it’s one of the best walkie talkies, and particularly one of the best walkie talkies for long-distance communication. This is due to the fact that it’s a Digital Mobile Radio, or DMR. Digital frequencies allow for clearer voice quality, longer transmission ranges, and the ability to send things like GPS data, text messages, and encrypted transmissions. The HD1 is capable of being programmed using included computer software, meaning that you can load several radios with frequency charts and contact lists to ensure 100 percent compatibility. This is a full-featured radio with many capabilities that make it, overall, the best walkie-talkie for long range use. 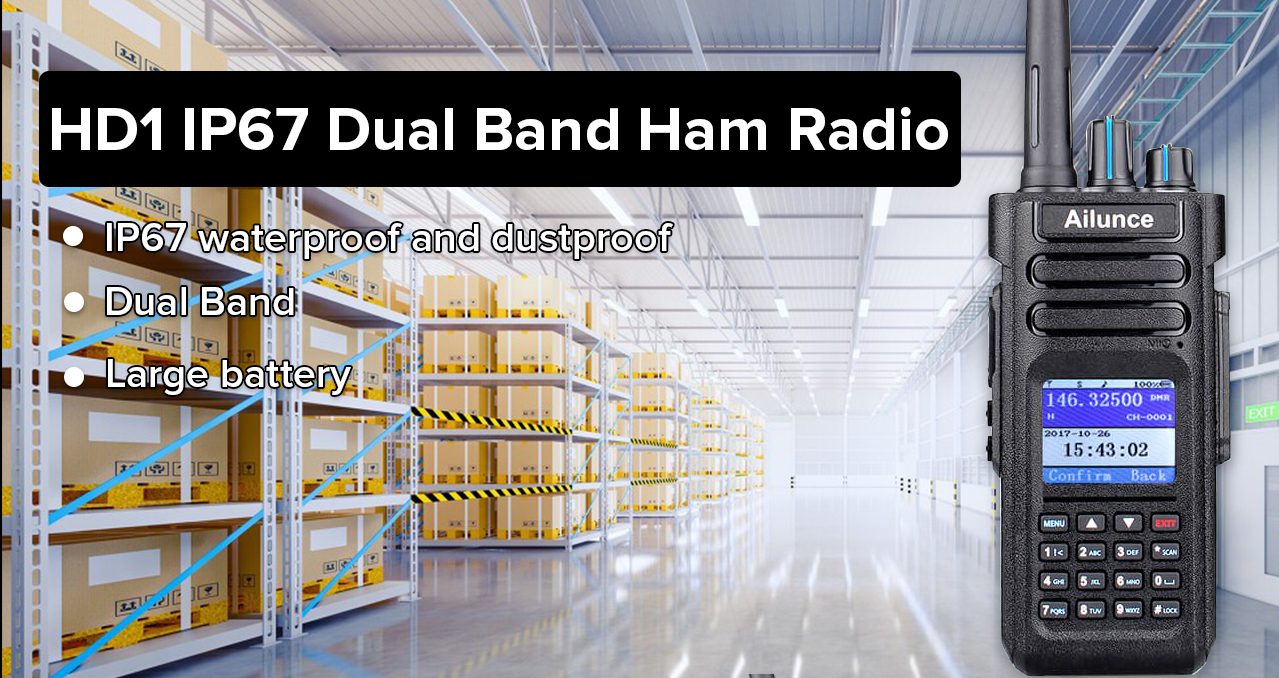 Calling an item a powerhouse is a common way to describe it as “good,” but for the Ailunce HD1, it’s a reference to the bonkers output power of 10 watts, which might not be much compared to military radios or dashboard-mounted radios in a vehicle, but for a pocket-sized handset, it’s very good, especially at this price point.

The water resistance is another important point for this radio, allowing you more peace of mind, especially if your journeys take you near or across the water. It’s only IP67, so it’s immersible in a meter of water for 30 minutes. That’s not fully waterproof, but if you want to be able to pull your radio out of a waterproofing bag or box while on the water to make a call, you can do so with a bit more confidence.

The fully-digital nature of the Ailunce HD1 also means that you can store things like contacts and talk groups, rather than having to manually enter frequencies every time, and even offers a modicum of encryption to not only keep your communications private, but also ensure voice clarity. Topping this off, the HD1s full-color backlit screen and ability to swap on aftermarket high-end antennas mean that this radio can be used for more emplaced communications with much larger antennas, which is essential at lower frequencies. But more on that later.

The digital encryption on the Ailunce HD1 isn’t great, and while that’s not as much of an issue for some people, it’s not 100 percent reliable, and it’s only compatible with other Ailunce HD1s. So even though this radio is Motorola Tier I and II compatible, you won’t be able to use encryption with them, and you’ll have to transmit in the clear. The amount of digital contacts and talk groups that you can store is also not especially impressive, especially when you compare it to models like the Anytone 878 later on this list. It’s still a lot, but eventually, you might run out of space.

Finally, the 10-watt output ought to have an asterisk next to it, because yes it can put that power out, but it doesn’t mean that the HD1 is stable at that power output, with some users experiencing power fluctuation, especially on higher UHF frequencies.

Using the Ailunce HD1 for long-range communications will be contingent on taking advantage of the terrain, using VHF rather than UHF, using digital signals, using the proper antenna for the job, and making sure you know your local repeater stations, so that in the event of an emergency, you can effectively communicate with minimal hassle when seconds count.

This is an affiliate website of Amazon. Your order will be settled on Amazon! Dismiss